Drew Brent is a seventeen-year veteran of the broadcast industry. Before joining Alethes as marketing director, Drew had television and radio stops in six states and was featured on nationwide broadcasts across the country.

Drew graduated from Dardanelle High School in 2005 and attended Arkansas Tech University. While there, Drew interned with KATV Channel 7, where he would later serve as a sports producer. He also won ten Arkansas College Media Awards and was hired as assignments editor for Arkansas Tech Television.

Drew would later host “The Sports Guys” and “The Morning Drive” on ESPN 99.5, and would appear on radio stations across the state, including 103.7 The Buzz and the Arkansas Radio Network. Additionally, Drew was the play-by-play voice for Arkansas high school football, basketball, and baseball state championships.

Drew’s career also took him into the print and newspaper world. He was published in Arkansas Sports 360 and later was hired as a reporter for The Courier in Russellville.
Drew currently is a member of the broadcast team for the Dardanelle Sand Lizards. His wife, Jami is a chaplain in the area and his bonus daughter, Adora, is the greatest gift he’s ever received. 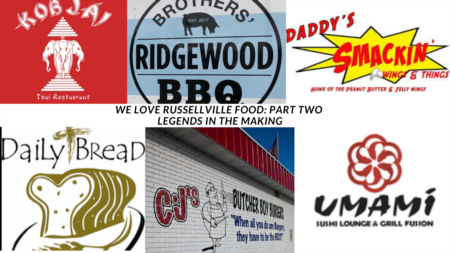